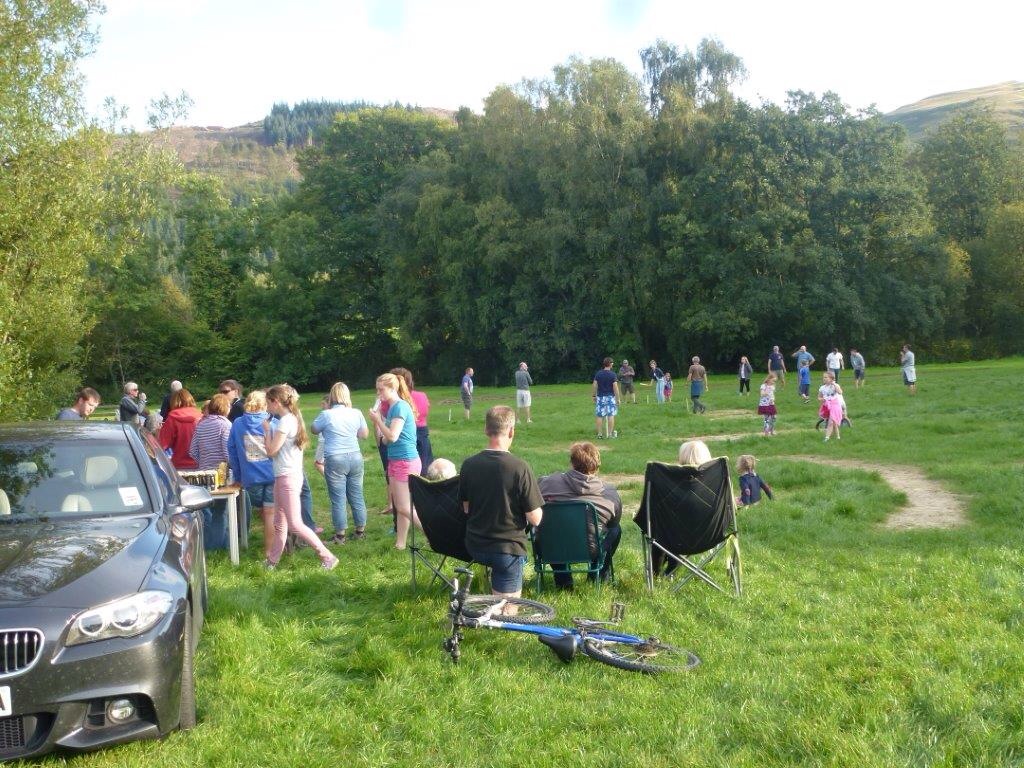 After the visitors left on Sunday, there was a great atmosphere for the rounders match and people of all ages and from clubs up and down the country had a great time with refreshments being served it was a great way to end the day. 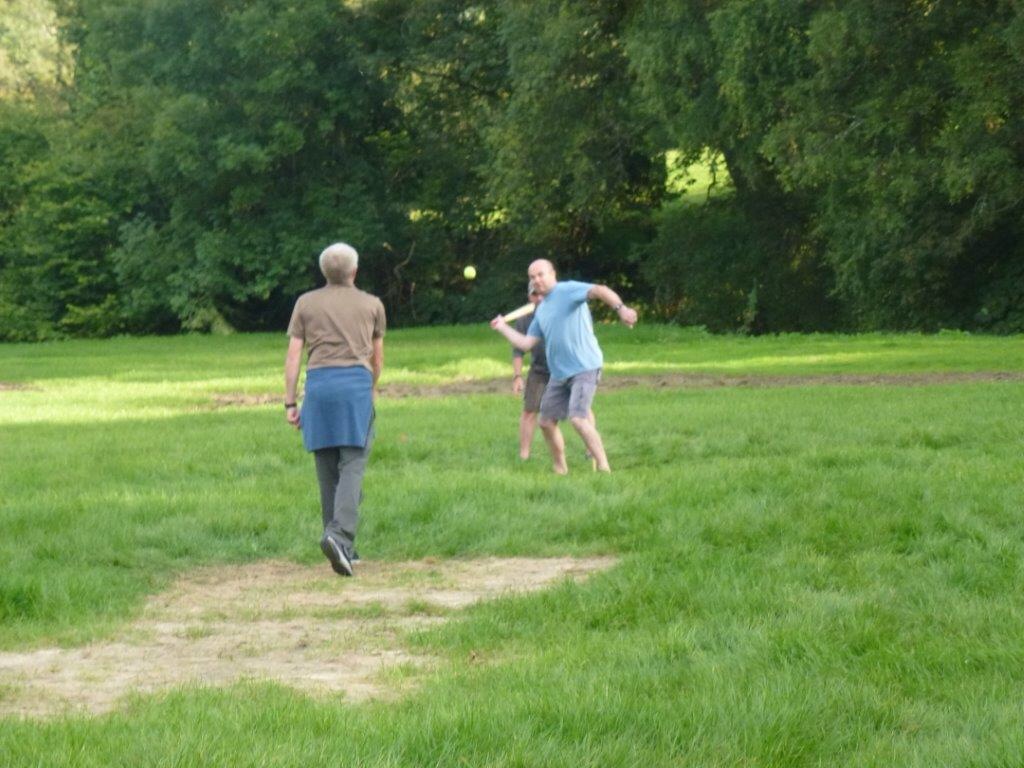 Should Tog be concentrating on maintenance of the ‘square’?

Bank holiday Monday was a poor forecast of high, gusty winds, with showers mixed in and despite the sun shining, the southerly wind and waves resulted in minimal interest in racing, but four Lasers, and a couple of F15s led the way by preparing to go out, and several others followed.

Just before the start the wind swung through 60deg to the East just in time to ensure the windward /leeward course wasn’t two reaches! While Toggle led the Asymmetric fleet, Dave/Lynn in their GP led the MJM fleet, including the F15s for almost half the race! The wind shifts were substantial, and the gusts significant, giving opportunities to gain substantial ground, but causing a few capsizes too.

The afternoon pennant race only had two takers, both F15s. AJ took the left side of the beat and was trouncing Mike/Sally until he rounded the windward mark the wrong way (perhaps he’d taken too much notice of Greg Wells in the F15 Northerns…). Once in the lead, Mike wasn’t going to give it up, and he opened up the gap to win the Eric Twiname Trust pennant.