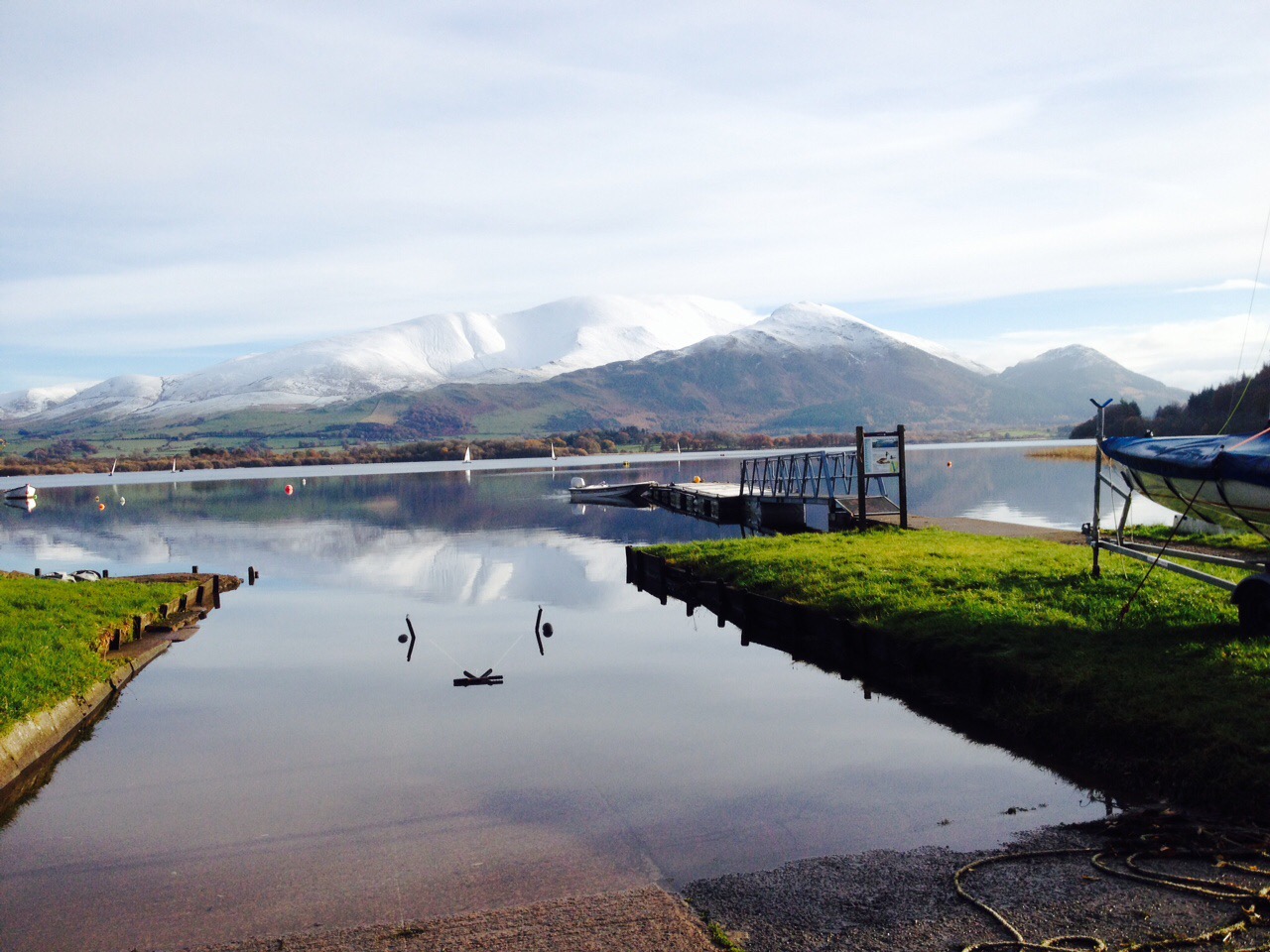 After the recent heavy rain the lake level has started to rise, so keep an eye on it and consider moving your boats up from The foreshore to higher ground.

Please don’t rely on the webcam at present as it is not active following a power cut. The water level indicator is a useful tool.

As for the weekend, Saturday was a busy day – No, you didn’t miss any special sailing! It was all systems go to get our boats to winter storage. There were ten cars in the convoy reflecting the level of support that Phil had got out. And most boats, including the Bates, are safely stored away.

So Sunday’s light wind races had to start from the race office but, with only five boats on the water this was (well, should have been) no hardship. Neil won the first race getting a late lift to move him to first on the water ahead of Tony.

After a fairly long break for all to thaw out there came the second start. John was concerned about a loose boom fitting on his attractive new Laser and he and Paul were in close company – as were all the fleet. Tony took the win from Mike/ Eric and then proceeded to park in front of the race office just as Paul was finishing. Much to the OD’s relief he realised what he had done and rapidly dropped sail!