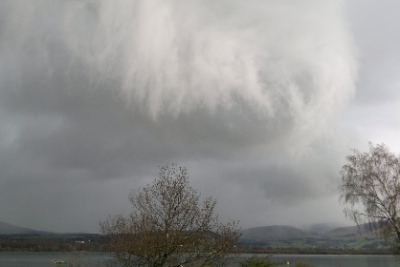 This weekend Bass hosted the third Great North Asymmetric Challenge. Not that the sailors were the only ones facing a challenge, because the OD, Commodore Andy Smith had to cope with swinging winds to set suitable windward leeward courses!

Conditions varied throughout the afternoon, with some light patches to contend with at times, and great planing conditions at others. Those that found the zephyrs and gusts took advantage of them which led to some close racing. By the final race the wind had swung more to the NW and settled to a steady breeze which proved to be the best of the day.

Mike Saul/Meg Fletcher from Yorkshire Dales sailed well in the first race and won in their RS200 ahead of Dave Lawson from Bass in an RS Vareo. However, on the starting signal of the second race Mike’s main clew detached itself as he hardened in and he had to make some rapid running repairs to get back in the race.

As the wind started to back more towards the North during race 2, the beat became one sided, but it was to be Phil Smith/Ethan Dawson in an RS200 that took advantage of the gusts and won ahead of Chris Pickles/Matt Sharman from Delph in an RS400.

After a short wait (during which the Committee boat enjoyed a large pot of tea!) for the wind to fill in again and settle down, racing was underway again. Wayne Fletcher fell out of his RS400 on the 2nd beat, but quickly climbed back in and maintained his lead (for a while at least!). This time Dave Lawson took the honours with Phil Smith/Ethan Dawson 2nd.

The course was repositioned for the final race of the day, and sailors enjoyed stronger winds with less influence from nearby Sale Fell. The RS400s came into their own in these winds and it was Paul Allen/Robin Dawson from Leigh & Lowton that won with Chris Pickles 2nd.

The strong competition was clearly demonstrated by the wide mix of boats in the top two for each race, and only two points separate the top three boats on the overnight leaders board headed by Phil Smith, with Chris Pickles 2nd and Dave Lawson 3rd.

Tonight the sailors will enjoy a Mexican meal in the clubhouse followed by some live music from local entertainer Hulio. Perhaps they should build up their strength for the heavy winds forecast for Sunday?!

Wind and rain, as forecast, had its effect on Sunday’s results with the heavyweights coming to the fore. Chris/Matt’s best results for the day were 1, 1 & 3 and earned them the winner’s trophy, while Paul/Robin had 1, 2 & 2 which put them in 3rd behind Mike/Meg who secured 1, 2 & 4. Bass sailors Phil/Ethan, Mark Somerville (1st single hander in an RS Vareo), and Alex Leonard/Olivia Storey (in an RS 200) took the the next three places.

Prizes were awarded by the Commodore’s, and OD for the weekend, wife Emma. 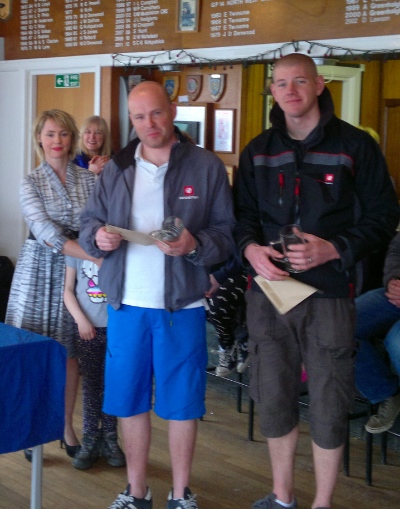