Posted on 19 October, 2008 by webmaster Posted in News

The water has continued to rise. All the boats have been recovered from the lake. The wind is picking  up. The club is almost marooned. There’s little chance of sailing. Snow is on its way. But hey, it’s November next week – try again then!

Toggle was amazed that Joanie had found out how and managed to turn on her mobile. Little did he realise she was just checking where his life policy was. Just as well, because despite the poor conditions the pot hunters were out for one race – the Bass Burgee pennant, and of course Toggle was one of them, along with Scumper and Bean. No idea who won, but it wasn’t Tog 🙁

As you can see, the lake had risen even more overnight. As all boats have been moved to higher ground, but have not been tied down, perhaps this is an excuse to remove your boat from site earlier than usual this year, especially if you don’t intend to sail during November. Many people did take advantage of the nice morning to pack their boats away 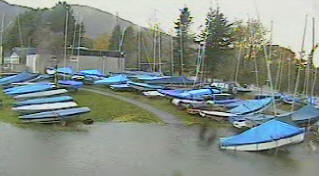 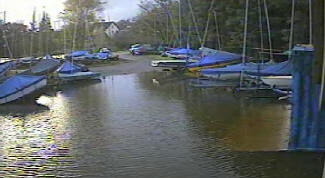 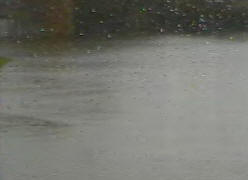