Posted on 7 October, 2001 by Webmaster Posted in News

No, I’m not talking about Mike Cowan, who, it is reported, snores like a truck on the M6 (Mike Fairlamb confirmed that when he slept with Mike C he suffered just as badly!!) and who had been out with Andy Smith celebrating the return of the Phil from Oz.

Anyway, back to the point. Want another sneaky look at Bridget’s diary?

Saturday:
After the boys’ success at Annandale last week, let them use our boat. Of course, that meant Ginge and I were in that Red Shed. It puts the wotsits up me! Fall about the place, get bruised and I’m petrified of getting my Natsy’s wet yet again. Anyway, one race was enough. Managed to persuade(?) William and Alan to sail the shed to show themselves up. Didn’t soddin’ work did it!! Al’s spinnaker work wasn’t up to his usual standard and the boys pulled through and sat on them William for a while. The gusts came in and the shed fell further behind (tee hee). More gusts, the boys struggled, William and Alan crept past, the boys went for a swim! Robin and Becky also cooled off with a quick dip. William was second – why can’t we do that? At least he wasn’t on the same leg as Mike Fairlamb as he took the winners bell. 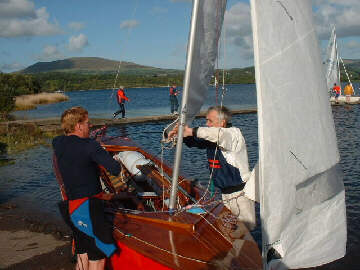 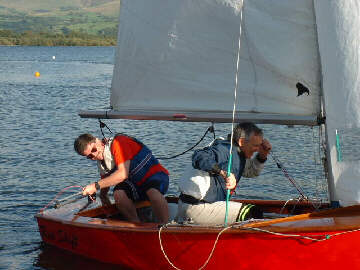