Posted on 20 April, 2013 by webmaster Posted in Championship, Racing 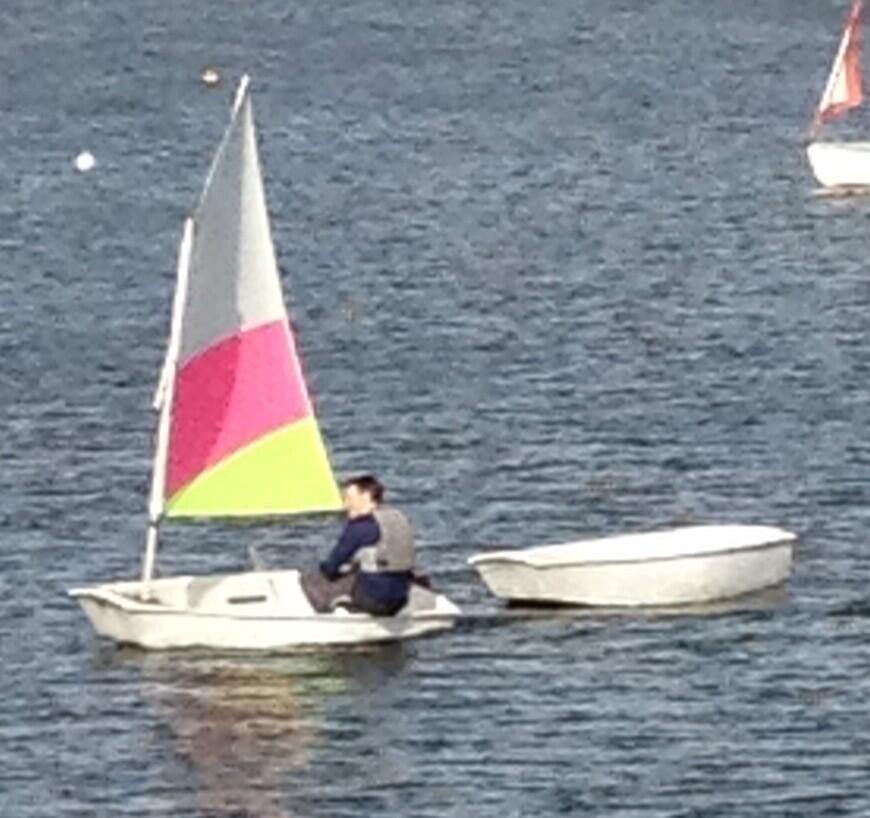 The Celebrity Glass Pursuit got underway on a sunny Saturday afternoon with a strong breeze to boot. There was some confusion with the start sequence when a Topper unexpectedly appeared on the start line, but Herb was on the ball and kept everything in order.

Having given the Topper a head start (due to its handicap), it soon retired and Mike/Nigel took the lead in a GP. The conditions led to many capsizes, especially by Joe in his RS300 who was out for his first race of the season. Steve/Ruth held it together and broke through to the lead, though on the final leg as the time limit approached, Scumper was but a gust away from taking the lead.

The second race of the day was part of a long championship series. Steve/Ruth took a clear lead again, winning on handicap from Banter, then Scumper!

In the F15s, Simon/Jon tried, and failed, to start port on port, so they had to tack round again. Mike/Kayla took advantage of this error, and held the lead for the whole race, with Simon 2nd.

Mike/Nigel stayed upright this week and led the GPs taking the winner’s hoot.