RYA Onboard Relay Race at Windermere

Some of our Youth Squad went to Windermere today and brought back the winners trophy! Congratulations to our winning team called the “Bassenthwaite Heavies” comprising Hazel Newport, Harry Binns, Jamie Kerr and Izzie Hunter 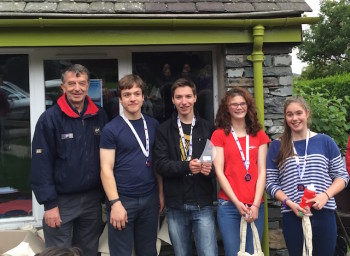 Hazel took the lead just after the first mark and stretched her lead to a whole lap during her 1.5hour innings.

Her three other team members followed suit to finish 4 laps ahead of Royal Windermere SC after 5 hours.

Our second team called “Bassenthwaite Baskervilles” consisted mainly of people who only started sailing this May. It was no surprise that they were the last team but they all gained additional experience of sailing elsewhere. The team comprised David Rodgers, Xanthe Tilsey Lucy Hammond and Poppy Gannon. 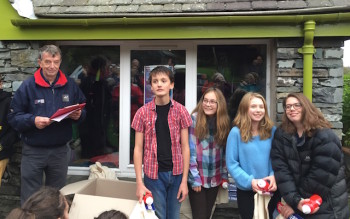 The event was sponsored by sailing equipment maker Harken. Each person was given Harken Port and starboard wrist bands, Harken drinks bottle and Harken Bag for life.

Our winning team received a Trophy to keep and RYA Onboard medals.