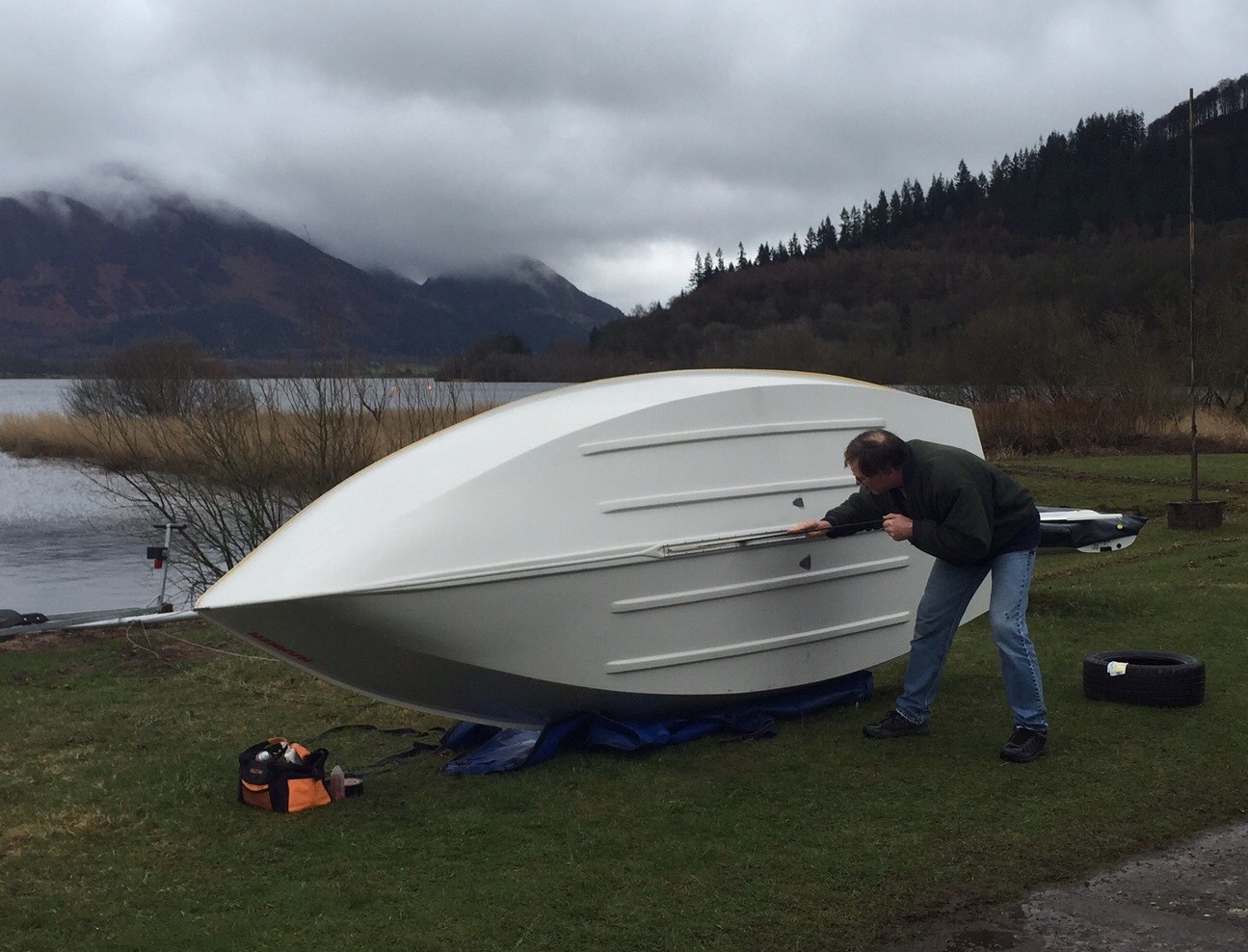 Despite a long close season, AJ was not the only person to be making last minute adjustments to his boat (well it was so last minute that he didn’t even get to race).

The forecast for the day was suggested to be death defying but the Bass micro climate came into its own and the winds proved to be temptingly sailable, dry, but cold. However, before racing could commence, the Bates had to be made ready

On the way to set the start an alarm started to sound for the engine. Chief engineer Macpherson was ‘invited ‘ aboard to investigate, and determined that the coolant drain plug was not present and correct. Oops.

Excitement over it was time for the first race. Ethan’s close season sailing put him in good stead for the best start of the seven starters, though Dave And Sarah didn’t prove to be a great challenge after ‘starting’ several minutes late, the wrong side of the committee boat, and subsequently retiring after realising he wasn’t wearing his buoyancy aid!

No real excitement during the race which was won by Mike/Kayla, with Ethan 2nd.

After Kayla had filled the competition with a variety of delicious cakes after lunch, racing was underway again in some stronger winds. Award for the first racing capsize of the season goes to vice commodore Robbie D/Peter W in a RS400, though son Ethan was a close 2nd!

Mike chalked up another 1st, with Chay 2nd in a Laser.

Overall winner was Mike/Kayla, with Ethan 2nd, and Tog in his Solo 3rd.