This weekend some of our Flying 15s are sailing away at the National Championships  being held at Rhu on the Clyde. Club racing comprises a 5 race championship series and started on Saturday in sunny, blustery conditions. Check latest results

There were many capsizes, and a few retirements as well, including our black flag man Toggle, and even F15s were flattened occasionally. There was a contingent of five Solos racing in the handicap fleet. Scumper/Zefer made the most of the gusts on the reaches gaining a strong lead to take first place on handicap in both races. Similarly, Jim in his Hartley, Mike/Eric in their GP, and Neil/Nick a F15, led their fleets in both races and taking the overnight lead. Our black flag man Toggle, despite missing a mark and having to return, took 2nd place in the handicap fleet in the first race, but his retirement in the second race led to David Haselden taking 2nd place on the overnight leader board for the handicap fleet.

Another three races were scheduled on Sunday, which started off drizzly and with lighter winds. Aj was keen to postpone the start in the expectation of drier weather, and although there wasn’t much of a delay, the drizzle soon stopped, and there were intermittent sunny spells.

There were no F15s racing which meant Neil could go home triumphant in winning the Scarness Cup after being overnight leader, and watch the Mens’ singles final at Wimbledon. Keen to make the best of the good sailing conditions, two races were held back to back before lunch (even though Mike F was starting to feel peckish after the first race). By lunchtime the other three winners were declared – Scumper/Joe in the Wythop Trophy for the handicap fleet, Mike/Eric in the GP Graham Cup, and Jim C in the Reflection Trophy for the slow handicap fleet. 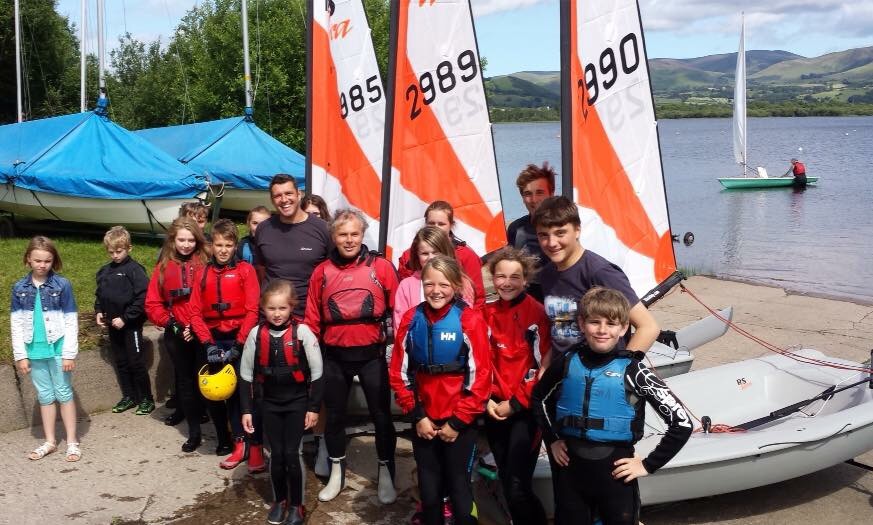 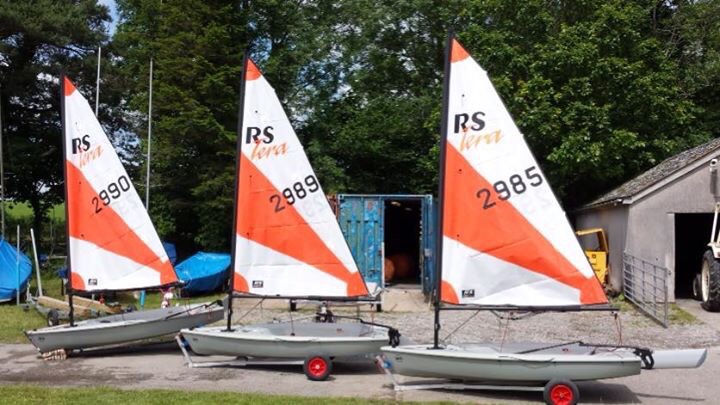 After lunch three new additions to our training fleet in the form of RS Teras were launched. They were bought with support from a scheme by the Eric Twiname Trust. Eric, the son of a former member Alec Twiname, and author of Start to Win, sailed occasionally at the club. The wind had freshened a little and Josh was the first, but not only helm, to capsize one of the new boats! Other notable capsizes include one by Val/Ken just after the start – Ken is quick to tell how much of a lead they’d have had if they hadn’t tipped it in… With Jim C taking to his Supanova for the final race, Hazel/Izzie were pulling out a good lead in a Feva on Mik in his Mirror only to capsize at the gybe mark and let him past.