Bassenthwaite Sailing Club is regarded as one of the top 10 Sailing clubs in the country. Our status as a Champion Club reflects this. As such we are required to encourage our young sailors to develop into more proficient and competitive racers by taking part in racing competitions at our club, within our region and National events such as National and Inland Championships.

Because we do this we get some very special training opportunities and some of these competitions do come to us, making it easy, and not too expensive to join in.

This is especially true during 2015 when we have an Open weekend of Topper Training, a Topper Open Meeting over one weekend and a Junior Traveller Open meeting one Saturday (Open to Lasers, Toppers, Fevas and Optimists)

Saturday 7 March – Preparing to Start Dinghy Racing. – What you Really really need to know. Alternative tile “To fail to plan is to plan to fail”

To help with planning, it would be appreciated, though not essential, if you could book tickets using WebCollect The talks are, of course, free

Some Advanced Youth Training sessions, open to all former trainees, and all 2014 trainees who were part way through training, have been scheduled as detailed below.

Also, there will be an all day Assistant Instructor Training Courses on April 4th and 11th. Please speak to Neil Garrison if your son or daughter are interested in attending as a certain sailing ability is required.

Novice races in May will be in Mirrors.

There are a series of North West Topper Traveller events located in the North West region. Further details can be found in the ITCA website under west region. 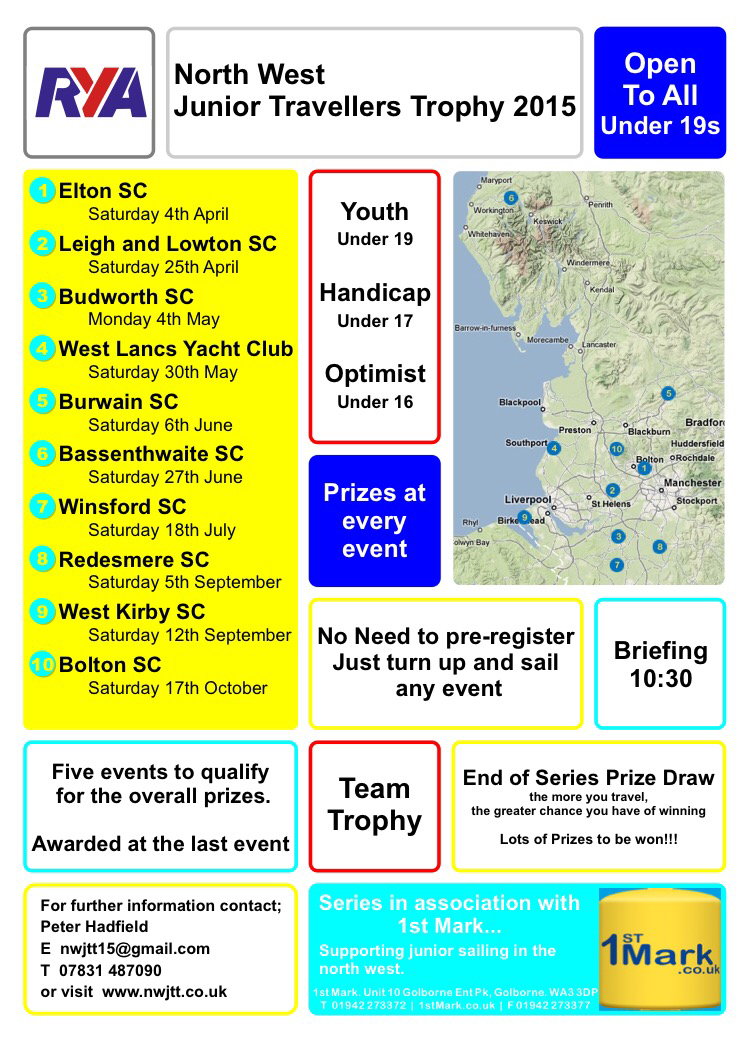 If your child is interested in attending any of these events please contact Sarah on Sazzlenewport at gmail.com. The club has road trailers and equipment that we can borrow and it may be possible to share transport and event attendance.

Overall this has been a very successful year for the youth squad with many 2013 trainees graduating from training to club racing and Open meetings. This was with the help of in race training from Robin and Ethan Dawson at the start of the season and guidance and patience from the various race officers and other experienced sailors.
After dipping their toes into the competitive atmosphere of a few club races confidence was high and several members of the youth squad raced during Bassenthwaite Regetta week. Nine solid days of racing as helm or crew in Toppers, Graduates, RS 200, Enterprises etc. A good selection of trophies have been won by these intrepid pathfinders. Well done guys! 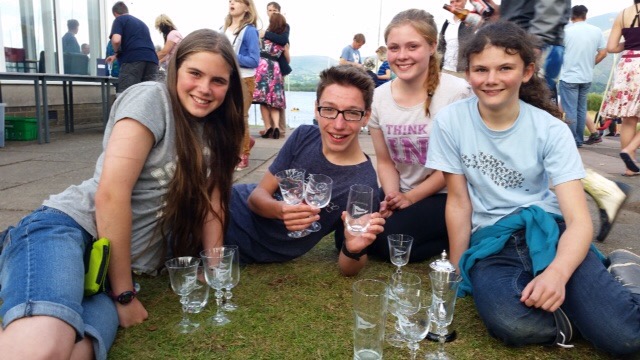 Several members of the youth squad have been venturing to other regional open meetings to expand their knowledge and experience. A NW Travellers Topper Open meeting was held in June at Ullswater was attended by Hazel Newport, Jenny Dunn and David Rodger. Hazel Newport attended a Topper Travellers at Leigh and Lowton, The West Zone Championship and Open Training Day at Blithfield Sailing Club in September . A North West Junior Travellers Open was attended by Ethan Dawson, Lottie Winfindale and David Rodger in October at Bolton. Ethan Dawson also attended the Laser Inland Championships at Rutland Sailing Club.